Why and How to Create a Healing Garden 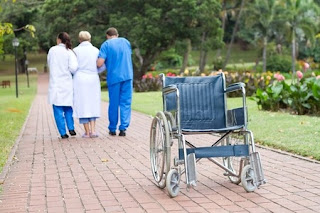 In the best of times flowers help us celebrate
the joyous occasions in our lives. In more
difficult times plants give us hope and
inspiration to meet life’s challenges.

The role of plants and gardens in healing is ancient. As early as 3000 B.C. the
Chinese were using medicinal herbs. The Greeks built a temple for Aesclepius,
their god of healing, set among mineral springs, bathing pools, and healing gardens.

In colonial America, the Quakers felt a deep attachment to nature and believed
gardens were a place of creativity. One of the first programs to use plants in a
therapeutic setting was established in 1879 at Philadelphia’s Friends Hospital
after a physician noticed that psychiatric patients working in the hospital’s fields
and flower gardens were calmer and that the gardens had a “curative” effect on them.
Within the past few decades, the medical community is rediscovering the healing
power of gardens. Many hospitals and health care facilities are incorporating green
spaces and gardens into their surroundings; horticultural therapy programs are often
an important part of a patient’s treatment.

Healing gardens can be found in a variety of institutions including substance abuse
treatment centers, outpatient clinics, long-term care facilities, hospices and retirement
homes, as well as in botanic gardens and arboreta around the world. Positive results
can be less pain medication and had shorter hospital stays.

For an individual recovering from a serious illness such as cancer or stroke, gardens
can be an important part of healing by providing hope and inspiration. They can
give patients a tranquil place to escape from the world of doctors, hospitals and
sickness.

The physical efforts of gardening—digging, planting, bending and walking—are
great forms of exercise to keep the body healthy. Strenuous yard work such as
digging or weeding not only burns calories, it is similar to weight training in
building bones and preventing osteoporosis. Gardens and gardening activity
can also improve mental outlook and our emotional mood by reducing stress,
anxiety and depression. Studies have found that gardening can lower blood
pressure and cholesterol, which reduces the risk of heart disease.

A healing garden can take many forms but always provides interaction with
nature. Visually plants provide inspirational colors or peaceful tones. We can
hear the relaxing sound of water or the stimulating activity of visiting wildlife.
The rich aroma of fresh earth and the delightful scent of perfumed herbs fill
the air we breathe, while the fresh flavor of a crispy pea pod or sweet berry
tempts our taste buds. We can touch the velvety smoothness of a flower petal
or be touched by the movement of leaves in the wind.
Begin to create your own garden of healing today simply by planting a container
filled with colorful flowers, a nutritious vegetable, or a herb such as lavender,
sage, basil or thyme. In addition to being attractive and aromatic, these and
many other herbs have been used medicinally for centuries.

Incorporating a few simple design elements turns
any garden into a place of healing and inspiration.

Then include annuals such as zinnias, petunias, sunflowers or cosmos. If
you enjoy cooking, incorporate herbs, vegetables, and edible flowers into
your garden. Plants such as sage or lavender can be harvested and used for
aromatherapy.

through the garden. Enclose it with shrubs or fencing to create a secluded
retreat.

The design and development of a healing garden, just like the process of healing
and recovery, takes place over time. It is that journey and the time spent with
nature that heals our body and soul.

Posted by The Gardening Guru's Blog at 3:57 PM No comments: 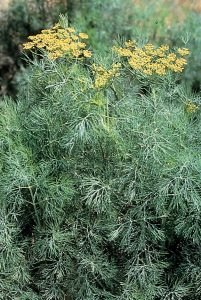 Dill (Anethum graveolens), a member of the carrot family,
and is valued both for its flavorful foliage and for its
pungent seeds. As annuals, dill plants die each year,
but their seeds can winter over in the soil to pop up the
following year. Dill grows well in gardens throughout
zones 3-10.


When growing from seed, reduce crowding by pulling
up weak, spindly sprouts to allow 2 to 6 inches of space
between them. Dill prefers fairly moist soil throughout
the growing season. Once plants have established good
root systems, water only when rainfall is sparse if your
soil is decent and mulched. In thin, poor and unmulched
soil, dill needs watering a couple of times a week when
it does not rain. If possible, avoid overhead watering in
favor of a drip or porous hose system. Spread mulch on
the soil around the plants when they are about 6 inches
tall to discourage weeds.Dill is fast-growing enough that
some of its foliage is mature enough to harvest in only
eight weeks. Plan to sow crops in succession, three weeks
apart, for a good supply over the entire growing season.
Dill does best in full sun (with a bit of afternoon shade
in the South). While fairly tolerant of poor soil conditions,
it prefers a sandy or loamy soil that drains well. It is a
light feeder, so extra fertilizer is not necessary in
reasonably fertile soil. It’s easiest to sow seeds directly
into the garden in rows, ¼ to ½ inch deep. Firm soil
over the seeds and water gently. For a more naturalistic
planting, scatter the seeds over a patch of ground; cover
with 1/2 inch of soil, and water. Space plants 8 to 10
inches apart if harvesting leaves, or 10 to 12 inches apart
if harvesting seed. If transplanting starts, take great pains
to avoid disturbing the taproot that has formed. Dill can
also be grown in containers and the dwarf varieties are
especially suited for this use.

Dill leaves taste best picked just before flowers form.
Start picking the leaves as soon as they are large
enough to use. Pick early in the morning or in the late
evening, clipping close to the stem. If you wish to
harvest dill seed, allow flowers to form then go to seed.
Cut the seedheads when the majority of seeds have
formed–about 2 to 3 weeks after the blossoming starts.
Hang the seed heads upside down in a paper bag.
The seeds will fall into the bag when they mature and
dry out. Freshly picked dill leaves will keep for
several days in the refrigerator if placed in a jar of
water and covered with plastic. They store for several
months if layered with pickling salt in a covered jar
in the refrigerator. When you are ready to use the
leaves, simply wash them and use them as fresh.
For longer storage, dry by hanging bunches of stems
upside down in a dark, dry, airy place until they are
crumbly. Store them in a tightly sealed jar away from
light and use within 4 to 6 months. Or use a food
dehydrator according to instructions. Freeze dill by
cutting the leaves–long stems and all–into sections
short enough to fit into plastic bags. Do not chop the
leaves. Keep in the freezer up to 6 months.
Posted by The Gardening Guru's Blog at 7:44 PM No comments: 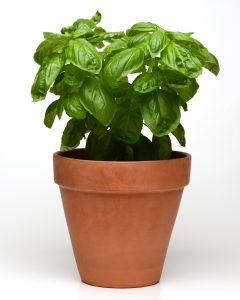 Basil (Ocimum basilicum) is a culinary herb of the family Lamiaceae. It is
also called the “king of herbs” and the “royal herb” possibly because of the
name’s meaning in Greek. It is best known as a culinary herb prominently
featured in Italian cuisine, and also plays a major role in Southeast Asian
cuisines. Depending on the species and cultivar, the leaves may taste
somewhat like anise, with a strong, pungent, often sweet smell.

How to Grow Basil

To grow this tender annual from seed,
sow in flats about 6 weeks before the
last frost. Sow seeds and cover with the
growing medium to about twice the
depth of the seed. Keep soil at 70-72
degrees F, and keep moist. Basil
seedlings are very sensitive and most
losses occur due to low moisture and
low temperatures. If not crowded in
the seed flat, do not thin, but let them
grow to 3 to 4 inches before trans-
planting. Basil likes the warmth of the
full sun to grow best. Lift transplants
carefully by the leaves instead of the
stem. Set outdoors only after soil and
air temperatures are warm. One chilly night can set plants back.
Basil can be directly sown in the garden after the soil has warmed up and
nights are not too cool. Be sure to sow to a depth of twice the size of the
seed or heavy rains may wash the seeds away. Purple basil, lacking
chlorophyll, is more susceptible to shock in the early stages.

Sweet green basil can be dried, frozen in ice cubes, frozen as prepared
pesto or used fresh. Blend fresh basil leaves with pine nuts, oil, garlic
and cheese for a bright green, fresh-tasting pesto; perfect for pesto or
grilled meats. It is also good for making flavored vinegar for salad
dressing or suffused in oil for flavored oil. Purple basil is best used
fresh in salads, and for making flavored vinegar. In the garden, purple
basil is a colorful contrast to annual flowers, and its color and
blooms are useful in cut arrangements.
Posted by The Gardening Guru's Blog at 7:16 PM No comments:

Posted by The Gardening Guru's Blog at 4:31 PM No comments: 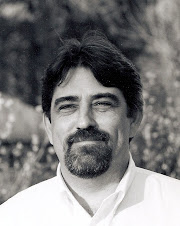